Hawayo Takata, also known as Reiki Grand Master Teacher, is famous for bringing Reiki to the West but also for being trained directly by Chujiro Hayashi.

Due to her work and inspiration, we are now privileged to have Reiki in our western civilization. Most practitioners in this part of the world can link their start in Reiki to Mrs. Takata.

She was born on December 24th, 1900 in Hanamaulu, Territory of Hawaii.

Her parents were Japanese immigrants and she also had an older sister.

Takata was a normal Japanese-American woman who lived a simple life until her 35th birthday when everything took a turn.

That’s when it all changed for her own good, and for the rest of us.

Her father worked in the sugar cane fields and it was there where she had met her husband, the plantation’s bookkeeper with whom she had two daughters.

Unfortunately, Hawayo Takata became a widow pretty soon. Her husband passed in October 1930. This tragic event left Mrs. Takata alone with the responsibility of two young girls she had to provide for.

The following five years were particularly difficult. Hard work and stress during a long period of time resulted in severe abdominal pain and a lung condition.

All these factors damaged Takata’s health and in the end, she suffered a nervous breakdown.

Instead of focusing on getting better she went through another shock. Her sister passed away too. Being the only close relative, she had to take the news to her parents who were now living in Japan.

There are no flowers without rain and at this point in her life, things were about to change.

Her motivation to travel to Japan was not only fueled by her sister’s passing but also by the feeling of hope. Her roots were there and felt she could improve her situation as a result of this trip.

After delivering the news to her parents, Hawayo Takata entered the hospital to get treatment for her lung issues. Apparently, she was suffering from asthma, and also other severe ailments.

She was really impressed with the work of local Reiki practitioners. Mrs. Takata was pleasantly surprised to see that their diagnostics accurately matched the ones the specialists issued.

Mrs. Takata wanted the same for her. She was determined to get well and asked to receive Reiki treatment.

And so it happened.

Because she was in Tokyo, students of Chujiro Hayashi (one of the most important disciples of Mikao Usui) were doing Reiki on patients. Therefore she received help from the best.

After 4 months of treatment and under Hayashi’s observations she not only got better but healed completely.

Hawayo was really impressed with the results.

Because she didn’t want to go through this again, she decided to learn Reiki in order to take care of herself as well as practice on others.

This resolution leads to one year stay in Tokyo where she learned directly from Hayashi while working for him at the same time.

She was attuned for Reiki Level 1 by Chujiro Hayashi himself and by the end of her one year journey, she received her Second Reiki Degree.

But even so, this was just the beginning of a life-long journey.

In 1937 she returned to Hawaii and was soon followed by Chujiro Hayashi. Together they went on a mission to establish the foundation of Reiki in Hawaii and from there take it to the western world.

Hawayo Takata was the 13th and the last Grand Master Hayashi initiated. She received the attunement in February 1938.

During her lifetime, before her passing on December 11, 1980, she managed to initiate 22 Reiki Masters. These practitioners went on to teach other Reiki enthusiasts and so this spiritual art form expanded.

How Is She Different

Takata was a dedicated and powerful healer. In part because of training with one of the greats but also because of her past and what she went through.

She obviously found motivation in those challenges and she was living proof of the saying “what doesn’t kill you makes you stronger”, and much more, so it seems.

Hawayo had a particular style of teaching. Her classes were mostly oral based because she believed Reiki is an oral tradition.

Things are a bit unclear on this matter. Sometimes she let students take notes while other times she would ask them to burn their drafts before leaving the class.

What’s important to remember is that she left no manual or book behind, contrary to the teachings of Usui or Hayashi. Probably that’s what made her special and the reason her 22 initiations were so powerful and eventually able to spread the word at this level.

You can read more about her in Fran Brown’s book Living Reiki: Takata’s Teachings

Fran Brown is one of the 22 people who learned directly from Takata. In her book, she brings back memories of her experience during that time.

These stories, told by Takata herself, are an inspiration to everybody who believes anything is possible, but especially for practitioners who experience Reiki every day and want to be closer to its history.

One of the great stories I found to be particularly profound is the one about the cause and effect.

These are among the stories Takata told Fran Brown during her training.

While Hawayo was in Hayashi’s class, she noticed one thing her Master would emphasize: “eliminate the cause and there will be no effect”.

This applies to so many things, particularly to Reiki … probably because it comes from our natural way of being and it can’t really work much differently.

In our modern world, we are “trained” to treat effects, not the cause. If we were to tread the latter, then farmaceutical companies, for example, could not sell to us anymore.

The secret is to buy as much as we can for as long as we can.

If we treat the cause … that’s it. There’s no need for medication.

Treating the effects is a temporary solution and the cause is usually in a completely different part than the affected area.

The beauty of Reiki and one of its main roles is that it brings to surface the root of your problems. It’s like your mind, body, and spirit speaks to you. It tells you what’s wrong and what to do about it.

You can then choose to proceed however you see fit, but you will do it in a more informed way.

Plus you’ll be aware of the problem and won’t rush to treat the effect.

This approach is similar to Takata’s way of practicing Reiki.

She, on the other hand, explained how this process makes sense because the body functions as a single unit.

Even if we apparently have individual parts and therefore a certain affection is present in a particular area, in fact, everything is related.

These two pieces of information are very powerful and made a lot of sense for me. Hope they have the same effect on you.

Contrary to how Hayashi was doing things, Mrs. Takata preferred treating patients on her own.

From what John Harvey Gray is saying, another Reiki Master trained by Takata, it seems that she was focusing on the torso and head.

That was her main approach.

She used 4 basic hand positions for the torso and 3 for the head.

Hand positions for the torso (about 1/2h of treatment):

Hand positions for the head:

Gray observed that this was her way of simplifying the system, “translating” it from a more rigid Asian approach to an easier to comprehend western style.

Her Contribution To Reiki

Hawayo Takata has definitely earned her place next to Mikao Usui and Chujiro Hayashi as part of Reiki’s history.

It’s not our place to compare them in any way, but we can’t rule out her contribution to this beautiful practice.

Even though she hasn’t left behind any physical material, like books or manuals, things that we’re used with these days, her legacy is particularly special.

It wasn’t easy for her 22 Masters to pass on and adapt her teachings. Not only they achieved that but they also spread the word globally through their many students and patients.

No documentation was necessary. Those who wanted to learn did so and if the information “was allowed” to be carried on then no barrier would occur.

And so it happened.

There was little communication on a global level at the time. World War II was just starting and nobody was in the mood for cultural exchanges.

If not for this event, probably Reiki would still be in Japan.

Mrs. Takata’s contribution is enormous. She basically facilitated access to Reiki for millions of people and to this day probably millions more have been healed or positively influenced by it.

It’s a gift to us as Reiki practitioners but more importantly a gift to the world.

There’s nothing left but thank this woman for her courage and determination.

It’s fascinating to see how things turn out. When something needs to take a certain course, it will happen and no obstacle will be too big to overcome.

I would love to hear your thoughts or if you have anything you would like to add! 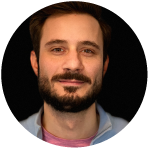